He was born in the rural midwestern town of Sterling, Illinois and spent a large part of his life living there. He is an alumnus of Hamilton College, obtaining his B.A. in English Literature in 1966. He later obtained a J.D. from Washington and Lee University. He was a practicing attorney before becoming a full-time author, and now resides in Seattle, Washington.

Brooks had been a writer since high school, writing mainly in the genres of science fiction, western, fiction, and nonfiction. One day, in his early college life, he was given a copy of The Lord of the Rings by J.R.R. Tolkien, which inspired him to write in one genre. He then made his debut in 1977 with his first novel The Sword of Shannara. This novel became the first fantasy book ever to appear on the New York Times bestseller list, where it stayed there for five months.

After finishing the sequels to The Sword of Shannara, Brooks moved on to the series which would become known as the Landover series. Upon finishing these novels, Brooks began to write a four book series that became The Heritage of Shannara. For the next fourteen years, he wrote more Landover books, then went on to write The Word and Void trilogy. Continuing the Shannara series, Brooks wrote the prequel to The Sword of Shannara, titled First King of Shannara He then wrote two series, The Voyage of the Jerle Shannara and High Druid of Shannara and is continuing with a third, Genesis of Shannara. The second book of his new series, The Elves of Cintra, came out August 28, 2007. Now, Brooks lives in the Pacific Northwest with his wife, Judine.

Brooks has a possible movie deal for his Magic Kingdom For Sale -- Sold! book . Warner Bros has bought the movie rights to the Shannara Series and may base the first movie on The Elfstones of Shannara.

The Heritage of Shannara tetralogy

The Voyage of the Jerle Shannara trilogy

The High Druid of Shannara trilogy

The Fall of Shannara tetralogy 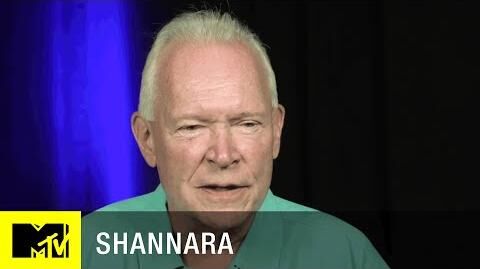